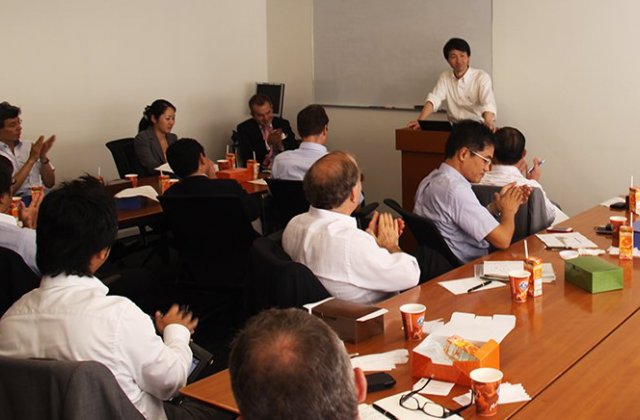 Though the stepping down of Prime Minister Kan was expected for some time, the election of Yoshihiko Noda as new leader of DPJ and, later, Prime Minister was anything but predictable. The leadership contest exposed internal rifts and differences in views on policies - rifts that Prime Minister Noda has pledged to overcome.

Mr. Kohei Ohtsuka, Vice Minister for Health Labour and Welfare, shared with us his insights on internal DPJ affairs, the prospects of the Noda Cabinet, and how the current changes affect the policies issues he is in charge of – Health policy, welfare reforms, and the upcoming revision of the Pharmaceutical Affairs Law.

Ohtsuka is a native of Nagoya. After graduating from Waseda University did he join Bank of Japan where he worked for 17 years before going back to graduate school and take a master in Macro Economy and regulatory reform. He was elected to parliament for the first time in 2001 and has served as Vice Minister for Financial Affairs before taking on his current position.