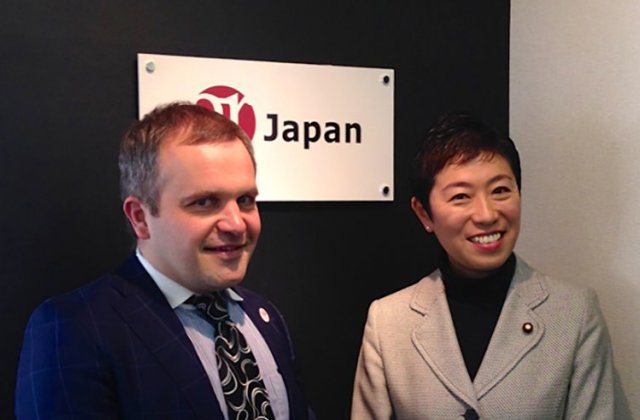 On 11 March, the International Policy Forum invited Kiyomi Tsujimoto, one of the most popular and vocal Diet members of the past decade and a Member of the House of Representatives Budget Committee and the Committee on Oversight of the Administration, to share her insights and analysis on Prime Minister Shinzo Abe’s economic and growth strategies.

Since first being elected to the House of Representatives in 1996 with the Social Democratic Party (SDP), Ms Tsujimoto has tackled Japan’s problems with a rare degree of passion and eloquence. Identified as a Young Global Leader by the World Economic Forum in 2000, she was appointed Senior Vice Minister of Ministry of Land, Infrastructure, Transport and Tourism in 2009 and as Special Advisor to the then-Prime Minister Naoto Kan in 2010, before switching to the Democratic Party of Japan (DPJ) in 2011, in protest at the SDP’s decision to leave the ruling coalition and return to the political wilderness. Having warned in May last year of the possibility of “Abenomics” turning to “Abenorisk”, she is carefully watching the economic climate and will discuss how she believes the Japanese economy will turn out under the Abe administration.