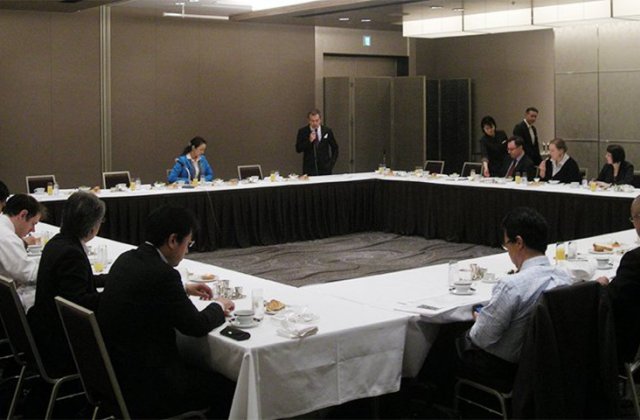 With the unprecedented triple crisis of a M9.0 earthquake, a devastating tsunami and a Level 7 nuclear accident, Japan’s government has been confronted by one of the greatest challenges faced by any nation in peacetime. As Vice-Director General of the Democratic Party of Japan’s International Department and an expert in disaster relief, Ms Nakabayashi offered both an expert and politically informed view of the Japanese government’s policy responses to the Great East Japan Earthquake.

In addition to 28,000 dead or missing, even now - over a month and a half after the earthquake struck - hundreds of thousands remain homeless, with many forced to live under highly stressful conditions in evacuation centers. In addition to the human toll, the physical damage to buildings and infrastructure, and the ongoing economic impact of lost production capacity, ruptured supply chains, and looming power shortages are conspiring to make the Great East Japan Earthquake the most expensive natural disaster in human history; and all against the backdrop of political impasse and the world’s highest gross national debt.

Ms Nakabayashi shared with what is the government’s response to these challenges.