Webinar with Gaku Hashimoto, Member of House of Representatives, and former State Minister for Health, Labour and Welfare 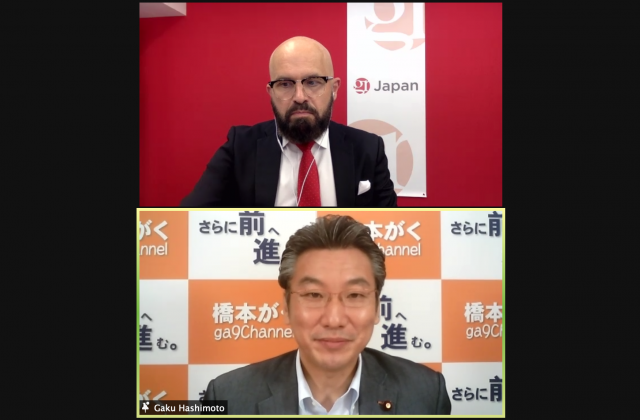 GR Japan is honoured to welcome Gaku Hashimoto as the guest speaker at its International Policy Forum (IPF) webinar.

A former State Minister for Health, Labour and Welfare, Gaku Hashimoto is currently Chair of the “Project Team on Strengthening Drug Development Capabilities” under the LDP’s Research Commission on Social Security.  In its recommendation to Minister of Health, Labour and Welfare, Norihisa Tamura, submitted on 20 May, the Project Team proposed a number of bold investment targets, including a doubling of the budget for medical R&D within five years, the establishment of emergency drug development and approval systems, and discussions on a fundamental revision of the drug price system.

The Project Team stated that “the attractiveness of the Japanese market as a drug discovery environment is declining", and concluded: "If left as it is, pharmaceutical companies, both foreign and domestic, will leave Japan, and the pharmaceutical industry could see some deindustrialisation in the near future".

Mr. Hashimoto will share his views on the future of the pharmaceutical industry in Japan and the next steps for the Project Team, given the numerous policy issues it has raised.

This event is by invitation only.