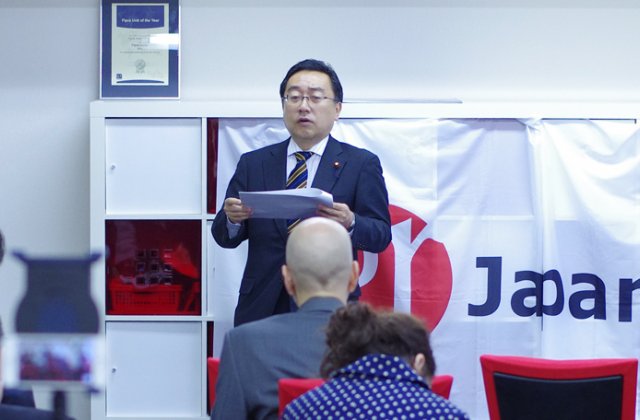 As speaker for our November International Policy Forum, we hosted Mr. Isamu Ueda – former Senior Vice Minister of Finance and Vice Minister of Justice, long-serving official at the Ministry of Agriculture, Forestry and Fisheries (MAFF) and a veteran member of the House of Representatives. Throughout his career, Mr. Ueda has gained extensive experience in the areas of fiscal and economic policymaking and since the beginning of the Second Abe Cabinet has been actively involved in the measures for regional revitalization.

Upon graduating from the University of Tokyo, Faculty of Agriculture (1981) Mr. Ueda joined MAFF, where he served until 1993 when he was first elected to the House of Representatives. During this period, he studied Finance and International Business at Cornell University, where he acquired an MBA in 1986 acquired.

Mr. Ueda spoke about the Komeito’s policy on economic revitalization and the role foreign companies could play in the process.

GR Japan also provided analysis of the current political situation and examined the prospects of the Second Abe Cabinet in the aftermath of the recent resignation of two key ministers.