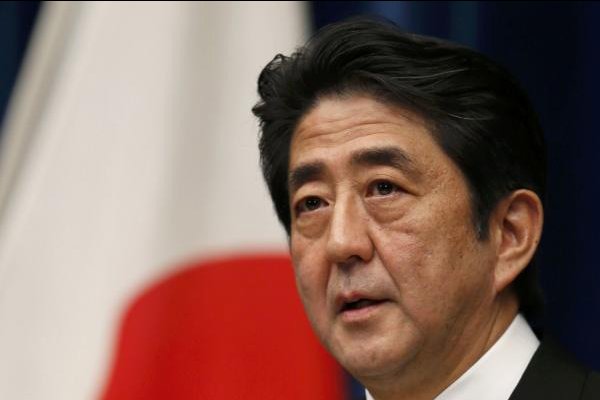 Japan will seek to join negotiations for a free-trade pact with the United States and other Pacific nations, Prime Minister Shinzo Abe said on Friday, giving heft to talks that could encompass two-fifths of the world economy but also adding a country with demands and reservations that some participants fear will delay an agreement.

In an impassioned televised address, Mr. Abe portrayed the pact, called the Trans-Pacific Partnership, as Japan’s last chance to remain an economic power in Asia and shape the region’s future.

“Japan must remain at the center of the Asian-Pacific century,” Mr. Abe said. “If Japan alone continues to look inward, we will have no hope for growth. This is our last chance. If we don’t seize it, Japan will be left out.”

With strong opposition from Japan’s farming lobby and other powerful groups, Mr. Abe is taking a big political risk in embracing the free-trade talks. Japan’s largest agricultural cooperative has campaigned against trade liberalization. It says such a change would devastate the nation’s farms, a plea that has resonated in the wider public. A majority of the lawmakers in his own Liberal Democratic Party depend on the rural vote and object to the free-trade deal.

Mr. Abe is betting, however, that his strong popularity will help him ride out the furor. He will face his first test at the polls this summer, when national elections for Parliament’s upper house are scheduled.

“I promise to take the best path forward for Japan’s national interest,” he said. “I will protect what we must protect and demand what we must demand.”

To soften the blow of a more open economy, Mr. Abe has secured vague support from the United States that some Japanese agricultural products — like rice, which is protected by a 778 percent tariff — would be exempt from the free-trade negotiations.

But insisting on these exceptions could hurt Japan’s hand in negotiations elsewhere, especially in talks to gain further access to foreign markets for its manufacturers, which account for three-quarters of the country’s exports. And some participating countries worry that Japanese demands will slow the talks.

The lead negotiator for Singapore, Ng Bee Kim, said last week that Japan would be permitted to participate only if existing members agreed that it could “keep up the good momentum” at the talks.

It is unclear to what extent Mr. Abe is willing to commit to other structural changes that the pact might demand of Japan’s economy.

Japan’s levies, which average 6.5 percent for its trading partners on most goods, are in line with those set by other industrialized nations. The exception is agricultural produce, on which Japan applies an average tariff of 25 percent.

The partnership seeks not only to eliminate tariffs but also to do away with other barriers to foreign trade, like cumbersome regulations — for which Japan is notorious — in retail, health, automobiles and other fields that shut out foreign competitors.

Proponents of free trade say such overhauls could transform the Japanese economy for the better, making insular industries more competitive. Joining the Trans-Pacific Partnership would expand the Japanese economy by at least $33 billion — nearly 0.7 percent — the government estimated.

Mr. Abe has made such structural changes one of the three pillars of his strategy to help Japan’s economy grow again, along with an aggressive monetary policy and government spending to beat long-term deflation.

“Increased trade is probably Japan’s best bet in getting out of its current economic doldrums,” said Noah Smith, an assistant professor of finance and economics at Stony Brook University. “If Abe can actually push this through, this will be his economic legacy, and it will be a positive legacy.”

But Japan’s agricultural cooperatives have joined with other interest groups to portray the partnership as a threat to the Japanese lifestyle. A nationwide association of doctors opposes the pact, arguing that it will force Japan to open its state-controlled health industry to American-style health insurance, eroding its universal insurance system.

“In America, the first thing they ask you in the hospital is, ‘What insurance plan are you on?’ “ warned a full-page ad placed in major newspapers on Friday by the Tokyo Medical Association.

With its origins in a 2006 trade pact among Singapore, New Zealand, Chile and Brunei, the Trans-Pacific Partnership has grown into a major free-trade initiative that accounts for almost 40 percent of the world’s gross domestic product — a larger share of the global economy than the European Union.

Japan also sees a leadership role in the partnership as a way to return to center stage after being eclipsed in the region by the rise of China, which many in Tokyo view as jeopardizing Japan’s economic interests and security. China, which is pursuing its own bilateral and multilateral trade agreements in the region, is unlikely to join the agreement soon because of the concessions on state-owned enterprises, intellectual property and labor that the pact would require. That has, in effect, made the partnership a vehicle of sorts for the United States, and now Japan, to counter China’s influence.

For the United States, the Trans-Pacific Partnership has become a major part of President Obama’s promise to increase American exports, as well as the vehicle for his so-called pivot of American foreign policy toward Asia.

Still, many of the issues that have made an American-Japanese agreement elusive could again prove tricky for both sides to resolve in a broader pact. American automakers oppose Japan’s participation in the talks unless Japan commits to changing what the Big Three in Detroit say are unfair domestic regulations that shut foreign carmakers out of the Japanese market. 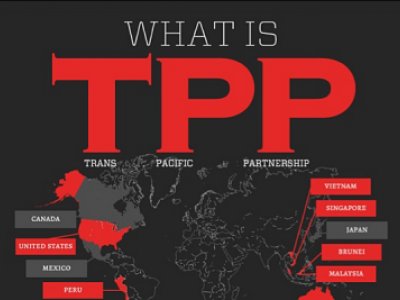