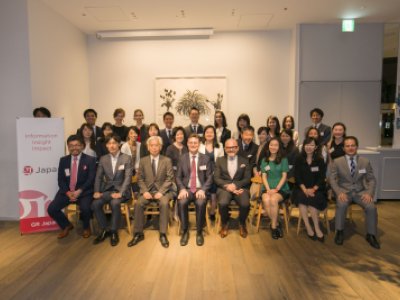 2020 marks the 10-year anniversary of GR Japan, the leading government relations firm in Japan. Co-founders Jakob Edberg and Philip Howard were interviewed by the American Chamber of Commerce in Japan, and discussed how the company grew from a two-person enterprise to a team of over 70. 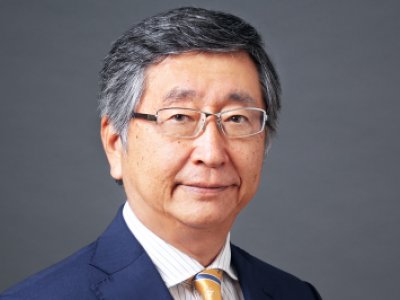 Japan’s government lifted the nationwide state of emergency on 25 May but some restrictions remain.  The government is now working to lift border restrictions in phases with business travellers allowed in first, and resumption of tourism later in the year. Following the record-breaking supplementary budget on 30 April, the government is now preparing a second, even larger package to tackle the crisis and support economic recovery.  The crisis has proved a challenge to Japanese leaders, with Abe’s ratings falling below 30% despite the low number of cases. 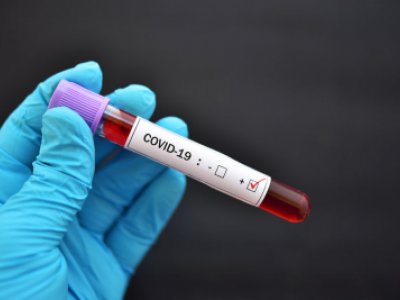 With offices in Tokyo, Osaka, Seoul, Washington D.C. and London, the GR Group has been working to support employees and clients through the COVID-19 crisis.

To date, there have been no cases of COVID-19 diagnosed among our staff.

The company advised all staff on 24 February to seek medical advice and stay at home if they experienced symptoms consistent with COVID-19.  Staff were encouraged to adjust working hours to avoid commuting during rush-hours and were advised to postpone all non-essential travel. 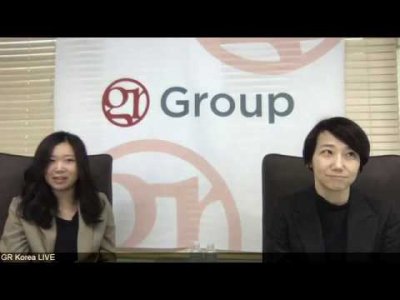 GR Korea was honoured to welcome Dr. Jiyoon Kim, a popular radio and TV commentator on Korean politics and elections, as the guest speaker at the first International Policy Forum webinar in Korea.  The subject of the webinar was Korea’s National Assembly Election - Implications for Government and the Economy in the Covid-19 World, and it was hosted by Juyun Moon, Team Leader for GR Korea. 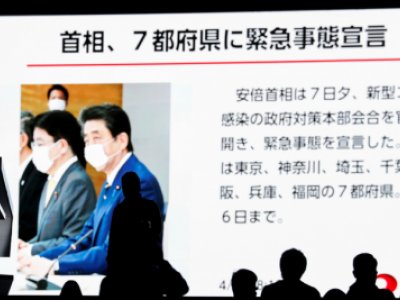 Prodded by calls for more decisive action by the government, Japanese Prime Minister Shinzo Abe on Tuesday declared a state of emergency in response to the latest spike in COVID-19 cases.  While the declaration does not entail a complete “lockdown” of cities, the government hopes the move will help slow the spread of the pandemic, which has already killed more than 98,000 people worldwide.  But experts question whether this will be sufficient given the lack of enforcement measures and questions about compliance. 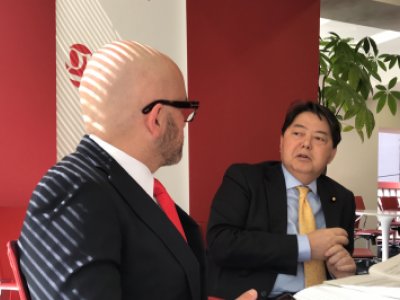 GR Japan was honoured to host a webinar with Yoshimasa Hayashi, Chair of the LDP Headquarters for Economic Growth Strategies, the body setting Japan’s economic policy responses to the coronavirus crisis.  Mr. Hayashi shared invaluable insights into Japan’s economic response and its impact on businesses and individuals.  The webinar was hosted by GR Japan’s CEO, Jakob Edberg.

The world is grappling with the rapid spread of COVID-19 and Japan is no exception.  The World Health Organization has stated that Europe is now the world’s COVID-19 pandemic epicenter. But Japan is in a delicate position as the country is gearing up to the Tokyo 2020 Olympics, the timing of which is becoming increasingly uncertain. 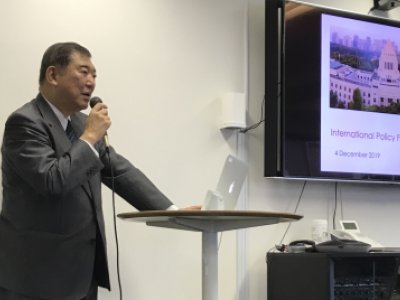 The beginning of the Reiwa era marks the end of Japan’s post-war era;
Japan’s thinking needs to react to the fact that the nature of capitalism has changed, including an increase in economic inequality;
Japan’s democracy needs a new vision and new goals, in keeping with these changes and the end of the post-war era. 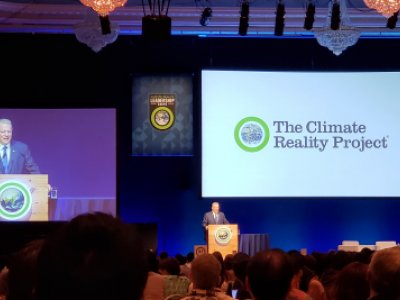 GR Japan was honoured to work with former US Vice President Al Gore and The Climate Reality Project to help organise the first ever Climate Reality Leadership Corps training in Japan on 2-3 October. The event saw more than 1,000 participants, from academia, government and business learn how they can lead the global fight for climate solutions.